The Telethon Kids Institute Beacon Project would not have been made possible without the generous support and collaborations of the following organisations.

In a digital world that moves at a rapid pace, parents are often left feeling overwhelmed and concerned about how to keep their child safe online and where to access accurate information. Beacon is the cyber safety solution parents can trust to provide accurate, evidence-based support.

To help parents protect and raise digitally responsible young people, Beacon needs to be delivered into the hands of all families. We can achieve this through targeted approaches to reach parents through cyber safety educators to act as a trusted messenger channel to recommend and encourage the use of Beacon in homes and schools.

The trusted, go-to cyber safety app for parents and carers of primary and secondary aged children that provides up to date and tailored content giving users confidence and empowerment to ensure kids grow up safe in the online world.

Bankwest’s three-year commitment shores up the research by Telethon Kids Institute into cyber safety and reinforces the financial institution’s 124-year commitment to the WA community.

The partnership will also involve Bankwest lending its extensive digital expertise to the development of an Australian-first App that will help parents keep their children cyber-safe.

The partnership was prompted by Bankwest research, which revealed high levels of concern among Australians for children’s online safety and confusion over where to seek help and advice.

The survey showed more than three quarters of respondents (78%) were concerned about children’s online safety, with the same number worried about online grooming or stalking.

Cyber bullying was also among the top concerns (77%), followed by the effects of screen time on children’s health (73%) and its negative effects on children’s social skills (70%).

eSafety leads and coordinates the online safety efforts of government, industry and the not-for-profit community in Australia. 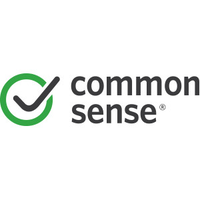 Since 2003, Common Sense Media has been the leading source of entertainment and technology recommendations for families and schools in America. Every day, millions of parents and educators trust Common Sense reviews and advice to help them navigate the digital world with their kids. Together with policy makers, industry leaders and global media partners, Common Sense are building a digital world that workds better for all kids, their families and their communities.

Australian Psychologists and Counsellors in Schools